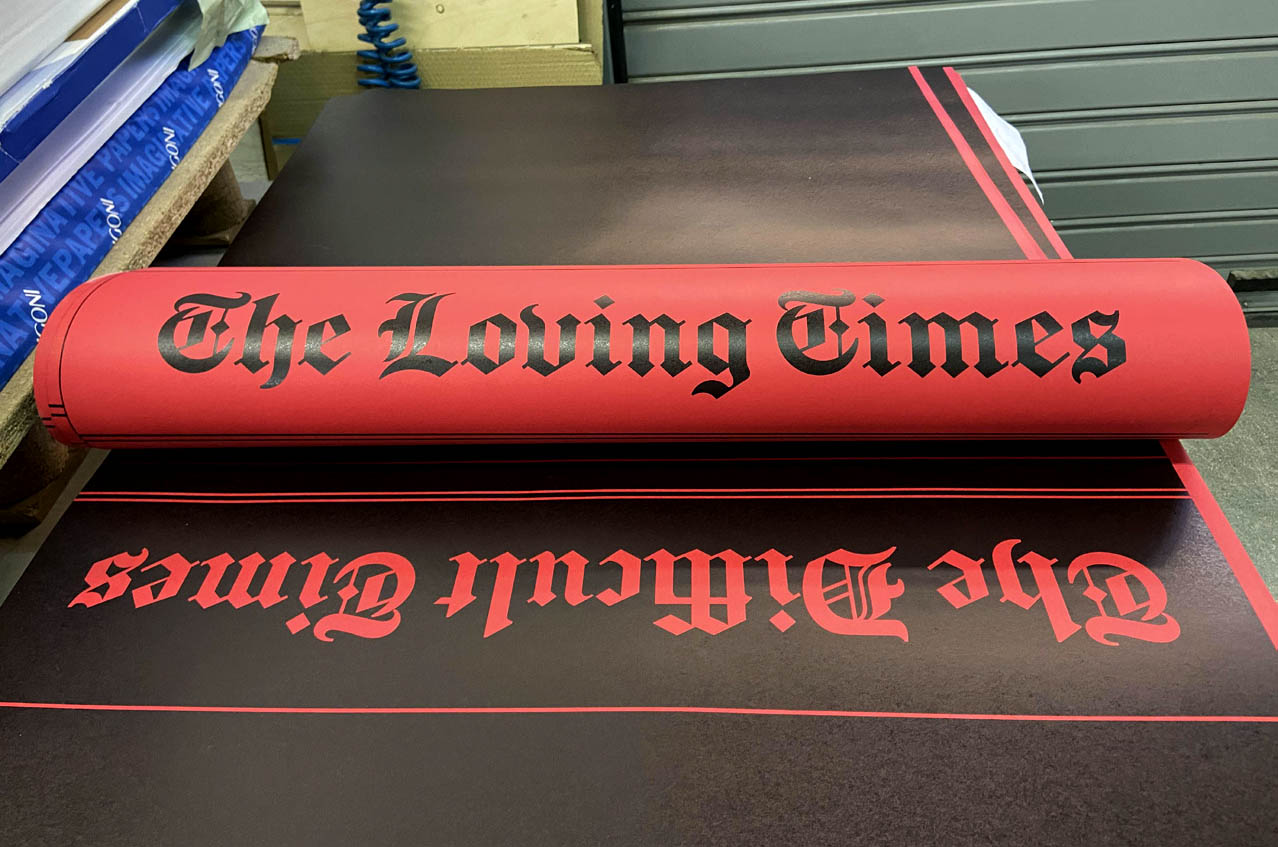 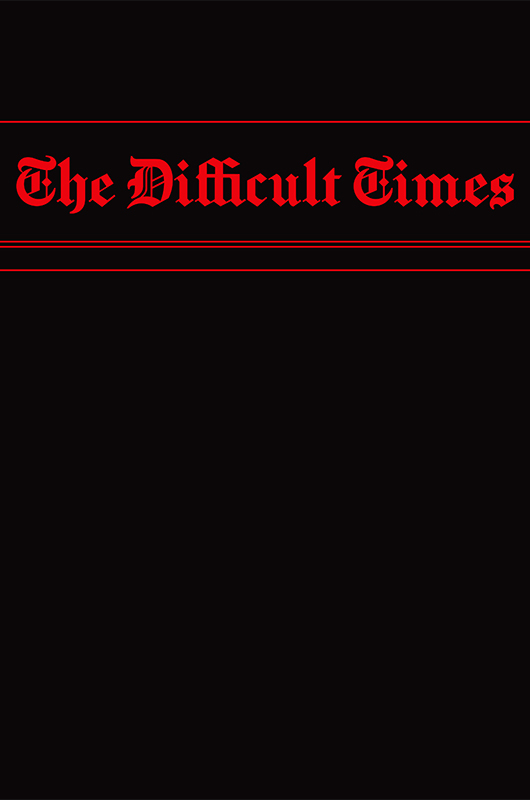 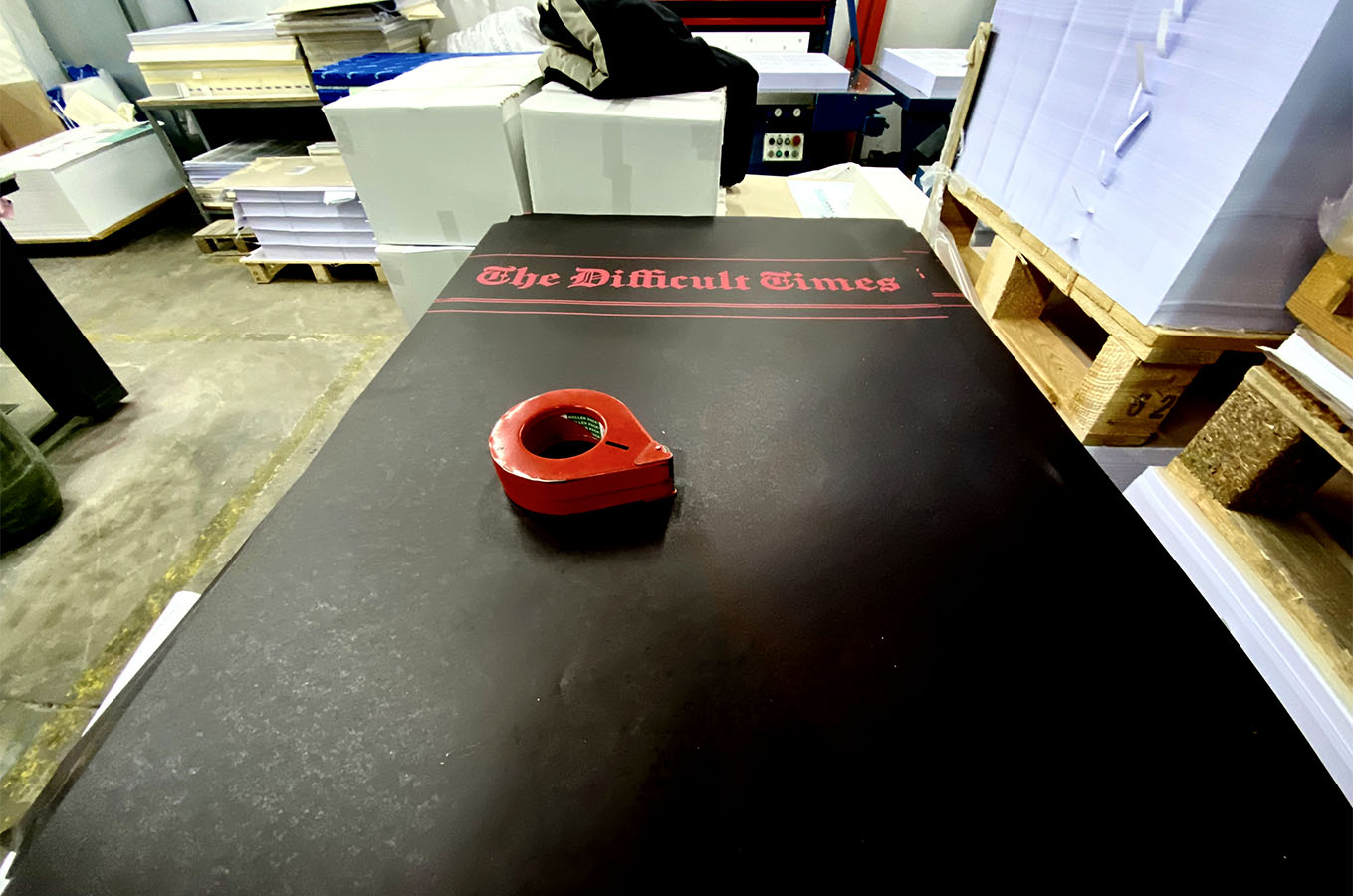 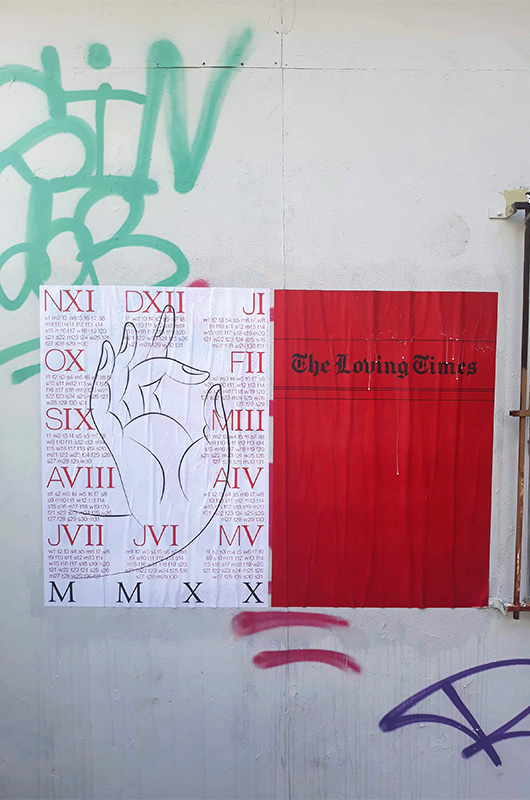 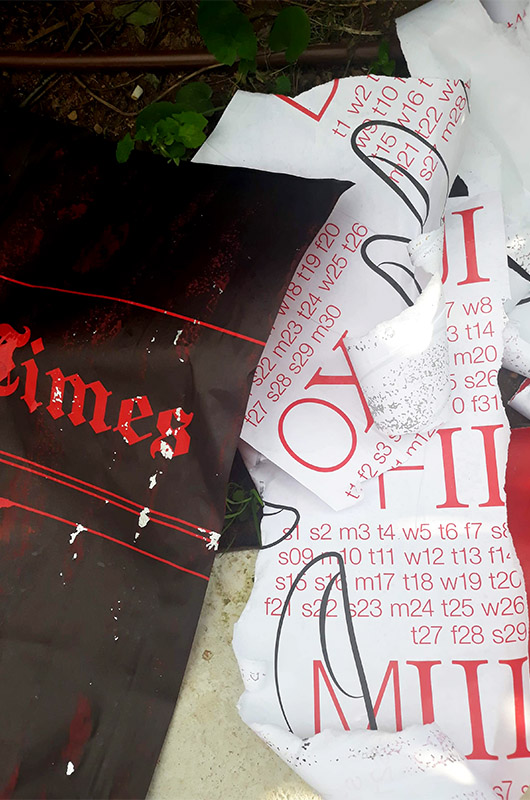 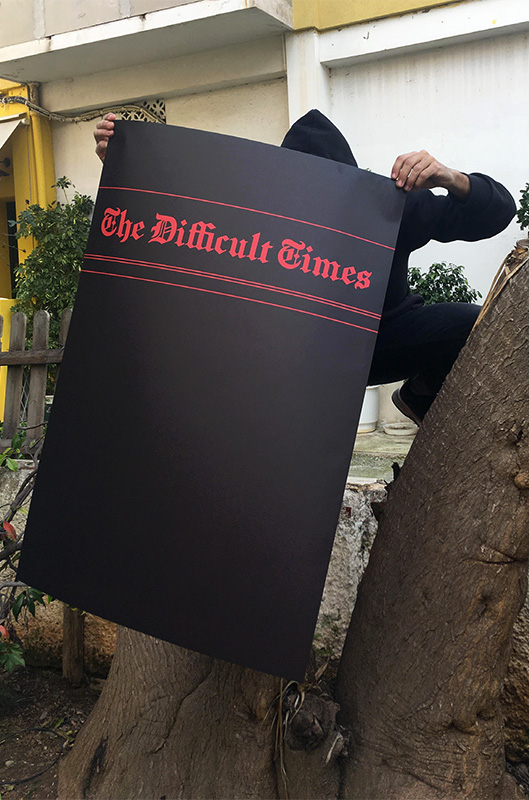 The second decade of 2000 finds us hanging. In between difficulties and excitement, in between new desires and nostalgia for pleasures of the past, in between a future déjà vécu and a past, we haven’t had the time to process. A pensile that feeds the thoughts, sharpens the emotions, asks for love.

two-sided poster in red and black

in a cylinder with four clips