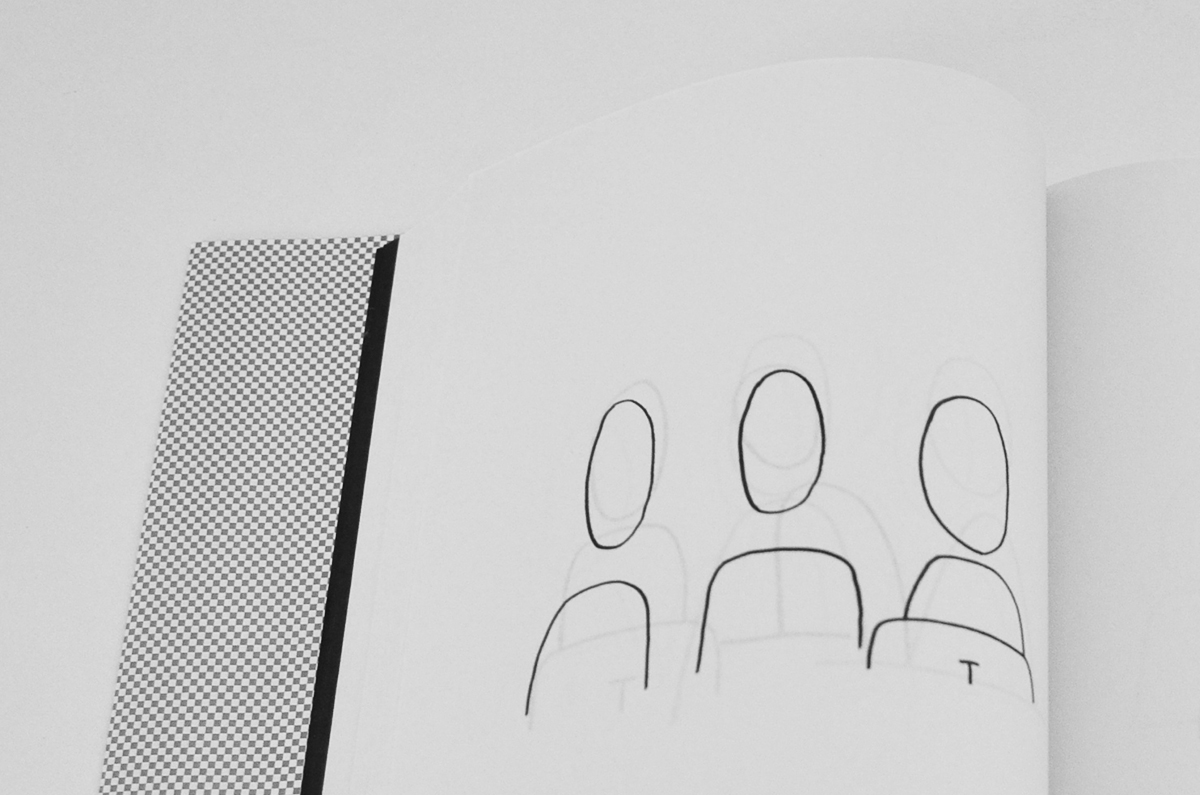 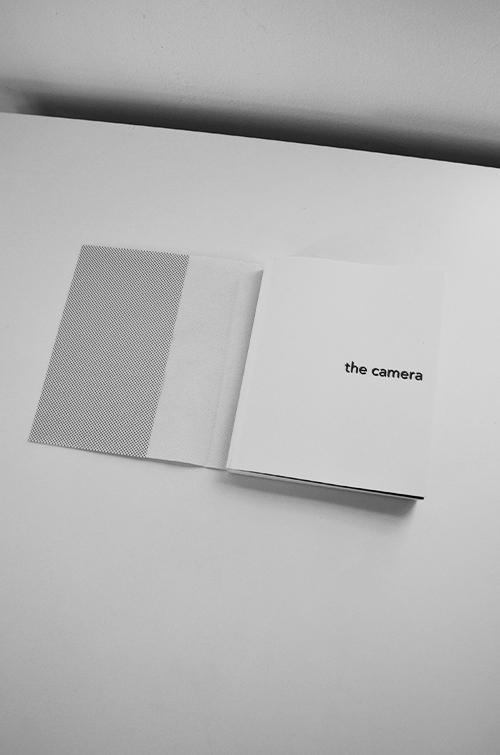 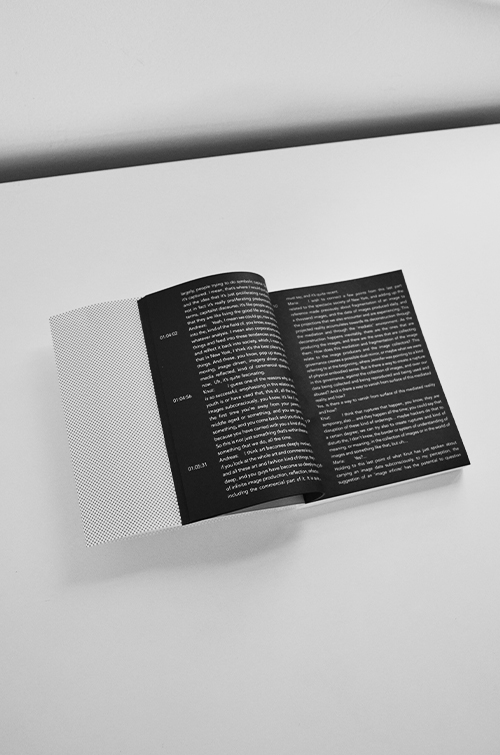 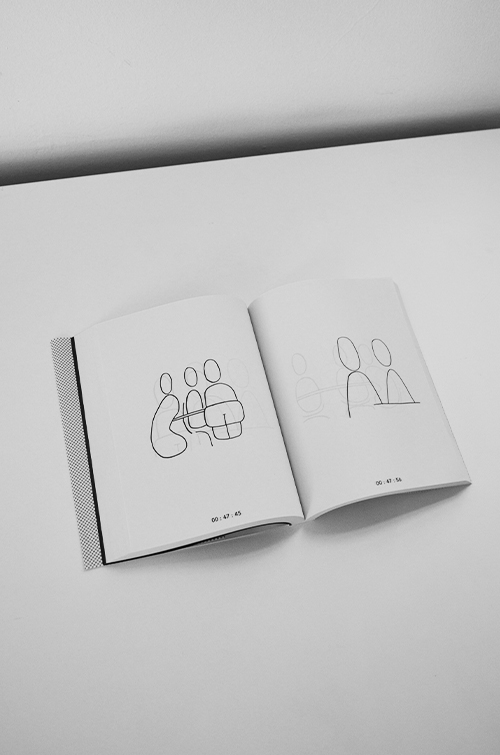 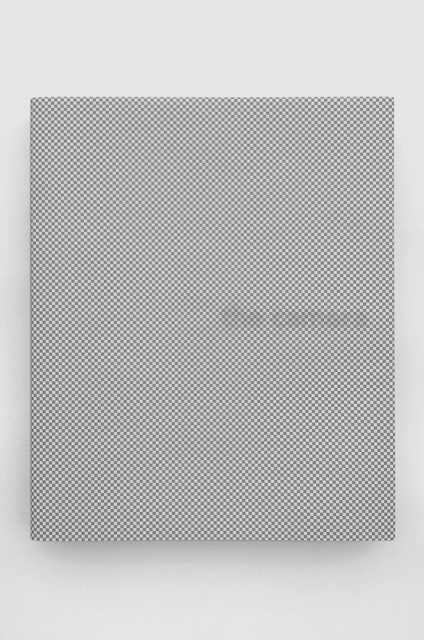 A camera infinitely moves in parallel to a table where five dressed in black are situated around. It faces always the back of one; the director herself. Her long monologue leads to live discourse between the five shaping a manifestation of concerns and suggestions on resisting algorithmic governance.

Through drawings and text, ‘the camera’ book by Maria Lalou unfolds the time line of the subjective encounters of a 90 minute discourse, that we follow as ‘viewers-readers’ of ‘The Dialogue’ film by Lalou.

“The Dialogue’ and ‘the camera’ are parts of a constellation of projects by Lalou that investigate visual technologies. In order to maintain a pre-active stance on the relation between people and images, cameras and people, and images and images, by de-emphasising her own directorial or authorial mode in ‘the Dialogue’, placing instead a concept of authoring or perceiving machine, and then unmasking this formation in ‘the camera’, these works propose the apparatus relations happening already, and pre-ceives those to come.”

Rachael Rakes, from the introduction of the book