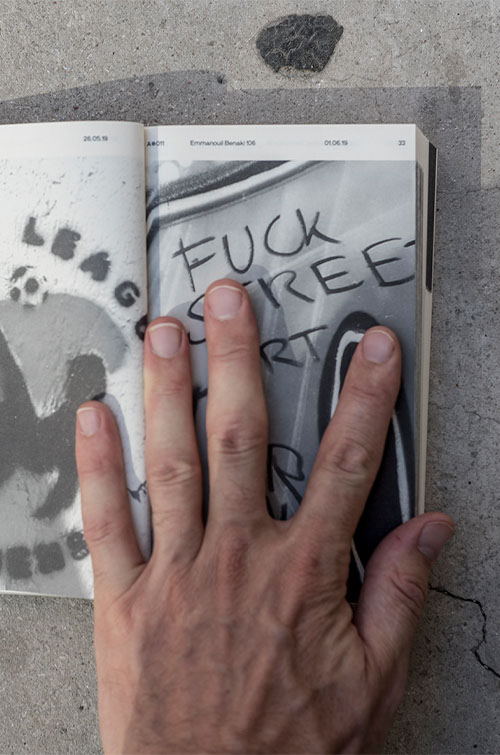 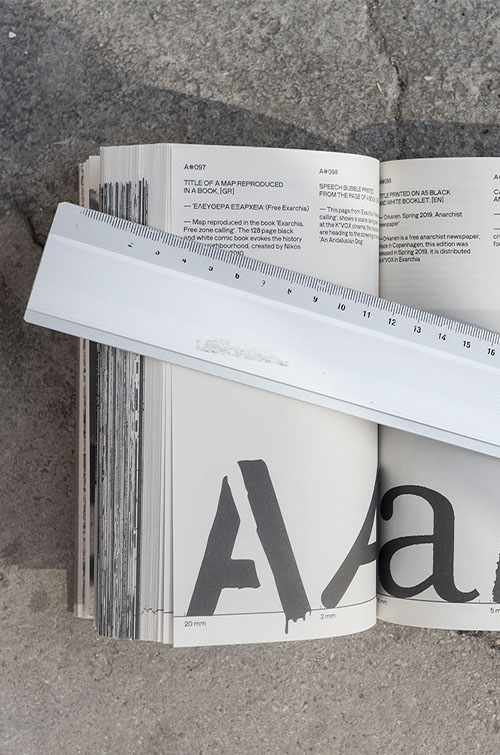 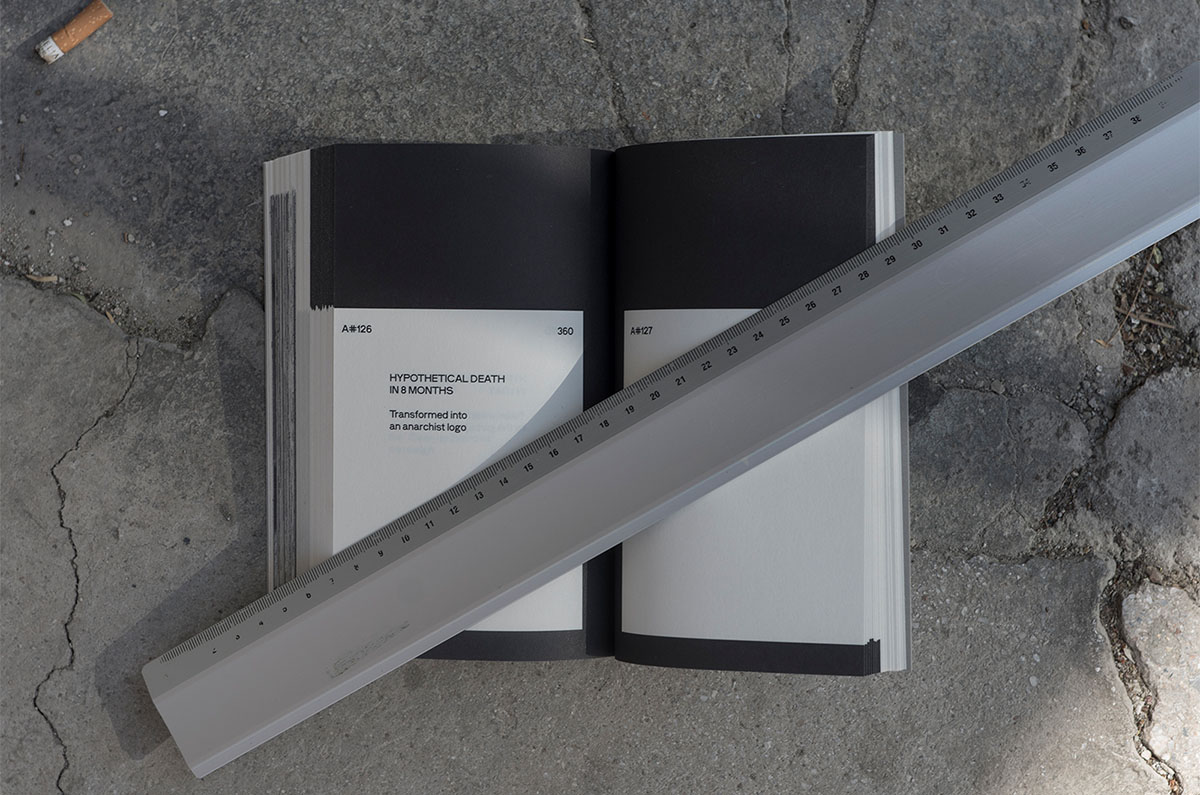 Hypothetical Death of the Exarchian Alpha

The book Hypothetical Death of the Exarchian Alpha is an invitation to read the sociological, historical and political upheavals of a country, Greece, through the epigraphy on the walls of a neighborhood of the capital, which happens to be the center of the anarchist movement.

This book is made up of four parts:

The study revolves around the idea of ​​the disappearance of the letter Alpha from the district of Exarchia as well as the way an object of observation gets transformed by the eye of the observer. Thus, it ends up as a graphic design and anthropological crime fiction novel, the narrative of which reveals in between the many faces of everyday life along with the destiny of the ideas we encounter on the walls of the city.

By focusing on the microscale of an Athenian neighbourhood, the research of the Hypothetical Death of the Alpha, unveils the turmoil and rapid changes taking place not only on a wall or in a small country but across the entire Europe.