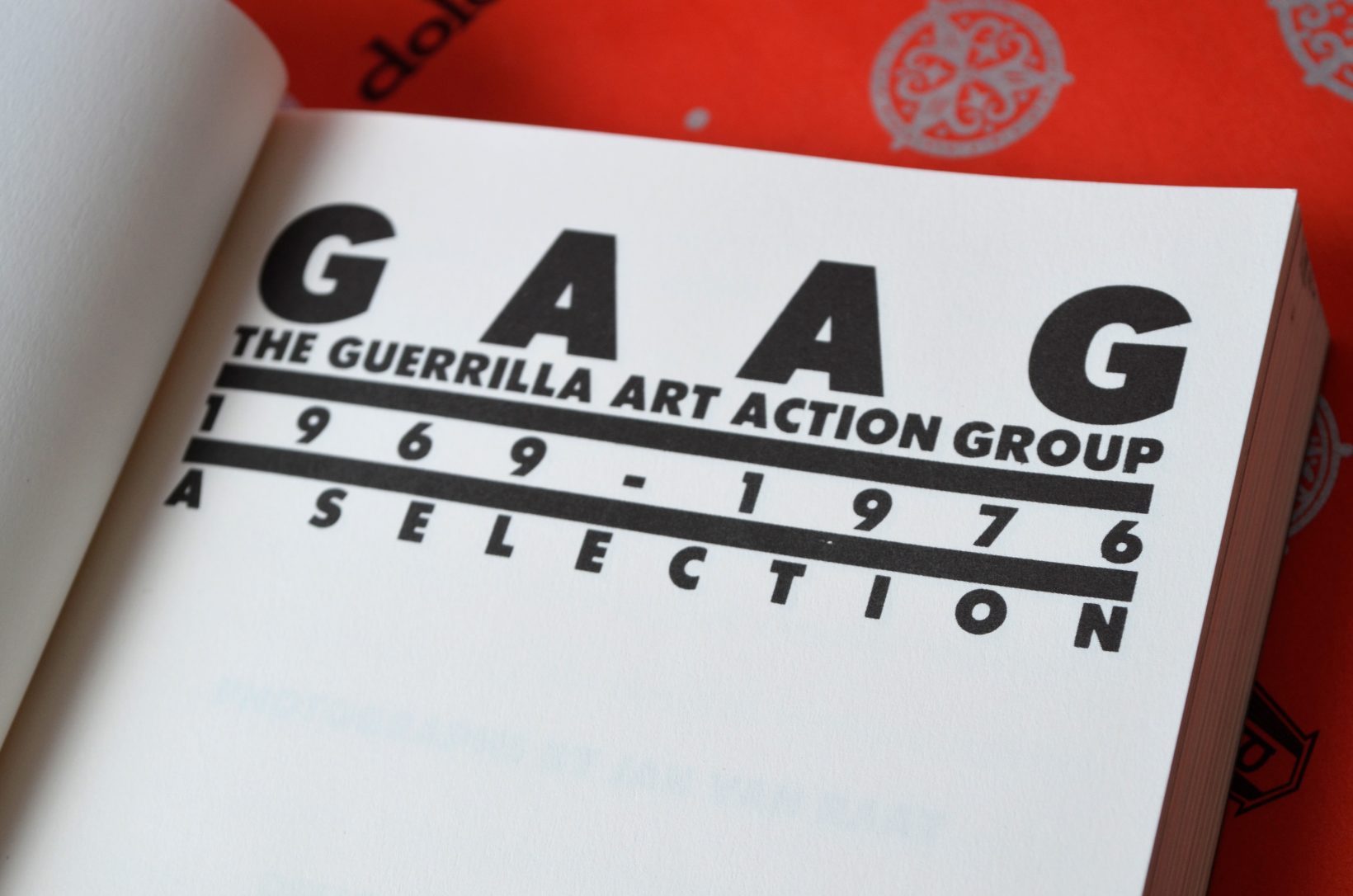 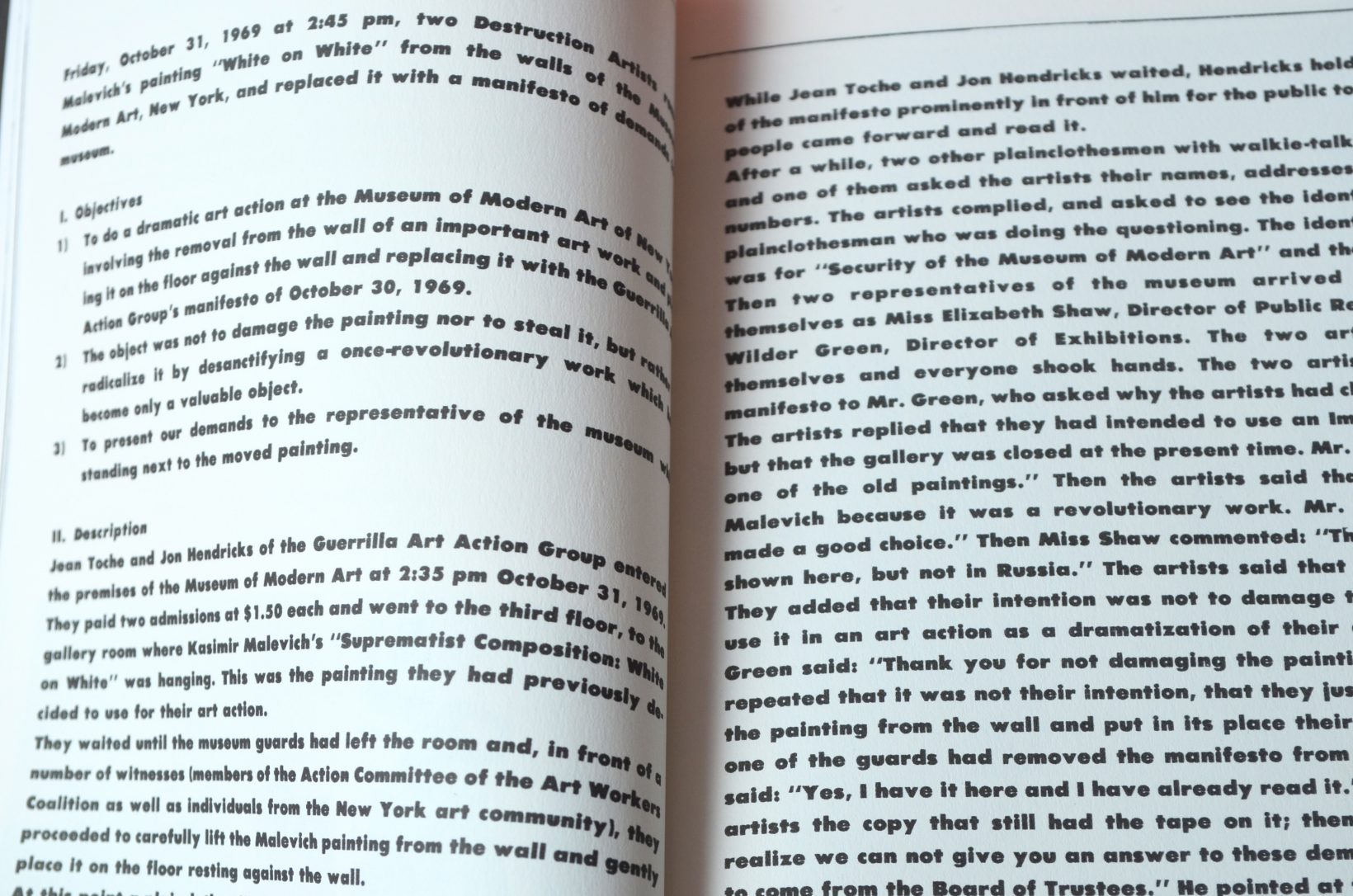 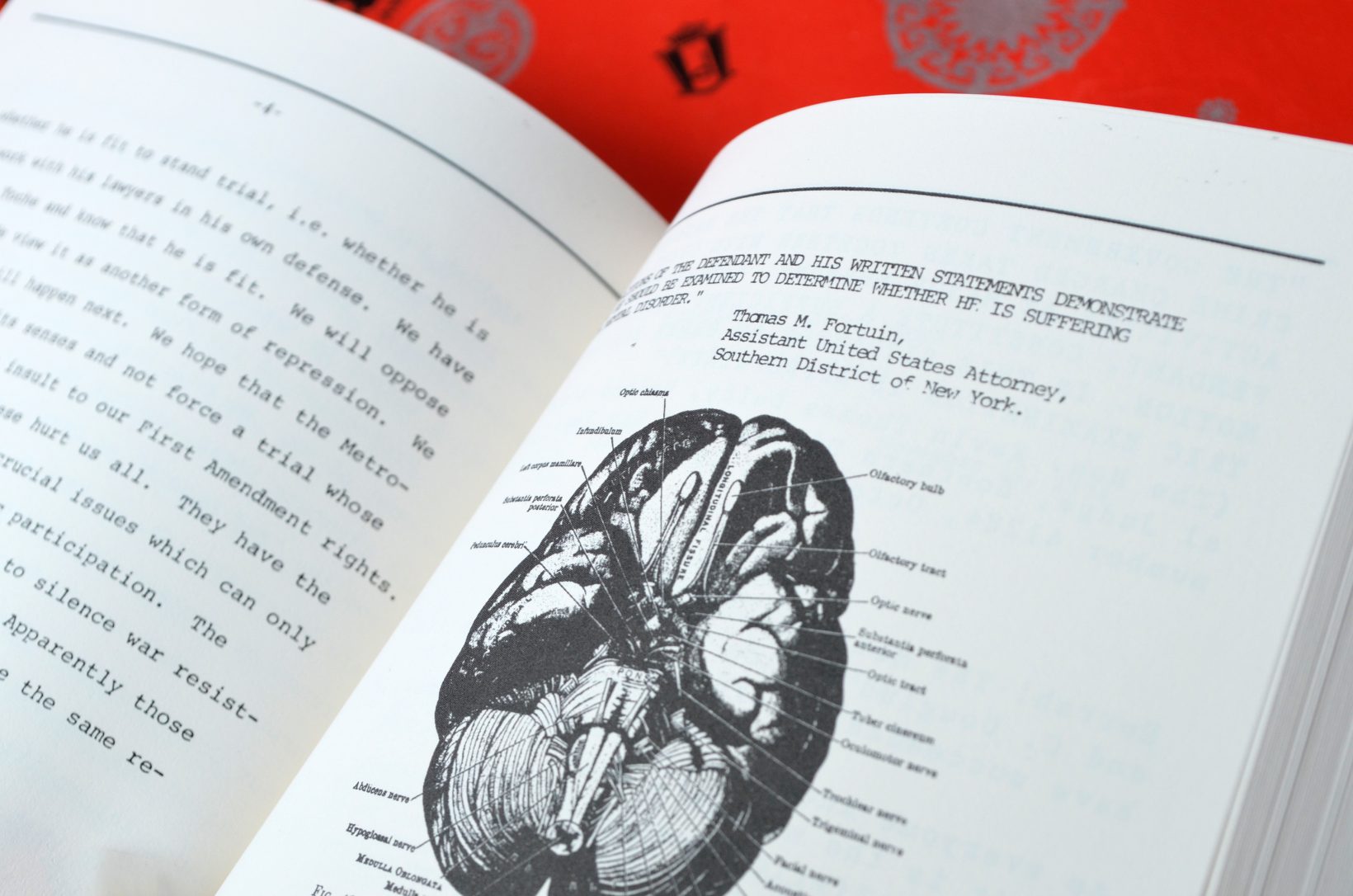 By Jean Toche and Jon Hendricks with Poppy Johnson

This is the reissue of the long out-of-print publication GAAG: The Guerrilla Art Action Group, 1969-1976: A Selection, first published in 1978. The book serves as the primary text to the significant work of the activist artist group GAAG (Jon Hendricks, Poppy Johnson, Silvianna, Joanne Stamerra, Virginia Toche and Jean Toche), both as a document of the group’s ideological and logistical concerns, and more broadly as a historical record for 52 of the many political art actions they carried out through the late Sixties and early Seventies.

Guided by their belief that art and culture had been corrupted by profit and private interest, GAAG formed in October 1969 as a platform for social struggle. Their work asked how artists could work effectively towards meaningful change, most often through direct provocation and confrontation symbolic, non-violent actions staged in protest and ridicule of the ethical failures by the art and media establishments, as well as the US government. Their activities defied the brutal, close-minded workings of an artistic/political system that traded in dirty money, served the elite, established a trivial cultural canon, and perpetuated bloody wars abroad.

GAAG: The Guerrilla Art Action Group, 1969-1976: A Selection collects the manifestos, letters and press communiqués issued by the group (to Nixon, Hoover, The Secretary of Defense, Museum officials, and others). Their missives are printed as facsimiles, alongside other print material, including handwritten expenses, and related documents, that stand as statements of purpose and protest. Photographers KaKwong Hui, Joanne Stamerra, Jan Van Raay and others were often on hand as many of the actions unfolded, offering a remarkable and candid visual history to the group’s activities and confrontations GAAG: The Guerrilla Art Action Group, 1969-1976: A Selection is a tremendous resource on the important work of the group, providing insight into social action and political art activities with lasting implications. The book stands both as historical documentation as well as a model for contemporary and future critique and practice.

Published by: Printed Matter Inc. & Kunstverein Publishing and Research Centre for Artists’ Publications at the Weserburg Museum of Modern Art, 2011